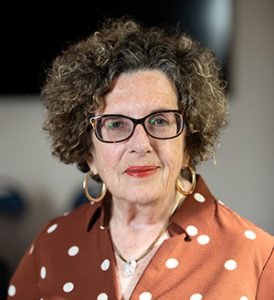 Friday, July 13, 1979, was Bonnie Sekeres’ first day of work as executive director of Shalom Housing, which then had a single 100-unit affordable housing for seniors in Warwick, Rhode Island. While some people believe Fridays that fall on the 13th of a month are unlucky, that day bodes well for Bonnie, as she remained at Shalom for 41 accomplishment-filled years. In recent years, she took on additional responsibilities; while serving as executive director of Shalom & Shalom II Housing, she served on several statewide committees, including serving as the senior housing representative of the Long Term Care Coordinating Council, as the senior advocate chair of the Rhode Island Housing Resources Commission and as chair of both the Ombudsman Committee of the Alliance for Better Long Term Care and LeadingAge Rhode Island, among other volunteer positions. Bonnie retired from her career with Shalom and Shalom II Housing, effective July 13, 2020.

“With the utmost integrity and keen fiscal prudence, Bonnie has overseen daily Housing and Urban Development (HUD) operations and community and tenant relations for 41 years. A consensus builder, Bonnie created and sustained a staff culture rooted in kindness and exemplary performance,” said Susan Bazar, who has succeeded Bonnie at Shalom Housings.

Bonnie’s remarkable impacts on Shalom Housings include these: Established Shalom II (an additional affordable housing building for seniors, with 53 units); successfully applied for a $1.4 million energy conservation grant to build a wind turbine and install other energy-efficient products and services; developed, with the University of Rhode Island, a falls prevention study; and created a Shalom Community Cookbook that featured biographies and recipes from Shalom tenants.

That energy conservation grant was the first grant issued under HUD’s green retrofit program for multi-family housing in Rhode Island and the third such grant in New England, according to reporting about Bonnie’s accomplishments by the Johnston Sunrise. The energy conservation improvements received an Environmental Council of Rhode Island Outstanding Conservation Project award. Additionally, the fall prevention program was so successful that the Rhode Island Department of Health adopted it.

“Bonnie is revered statewide as a treasured senior advocate, visionary, and consummate professional,” said Susan. “Her fiscal prudence, fair and steady hand and keen wit, have served the entire Shalom and JCS communities, and the state of Rhode Island well.”

“Bonnie has been, by far, the best boss I have ever had,” said Shalom Housings Assistant Executive Director Elaine Creem, who worked for Bonnie for nearly 25 years. “She was always there when I needed help and showed me how to do things I wasn’t familiar with. I will miss her terribly.”

“My goal, with staff, is to honor Bonnie’s legacy by overseeing Shalom & Shalom II Housing with her signature priority of ensuring vibrant and safe resident life,” said Susan.

ALERT:  In an effort to reduce the spread of COVID-19, the JCS offices at 1165 North Main Street in Providence will remain closed to clients and visitors until further notice. For assistance, please call us at (401) 331-1244.