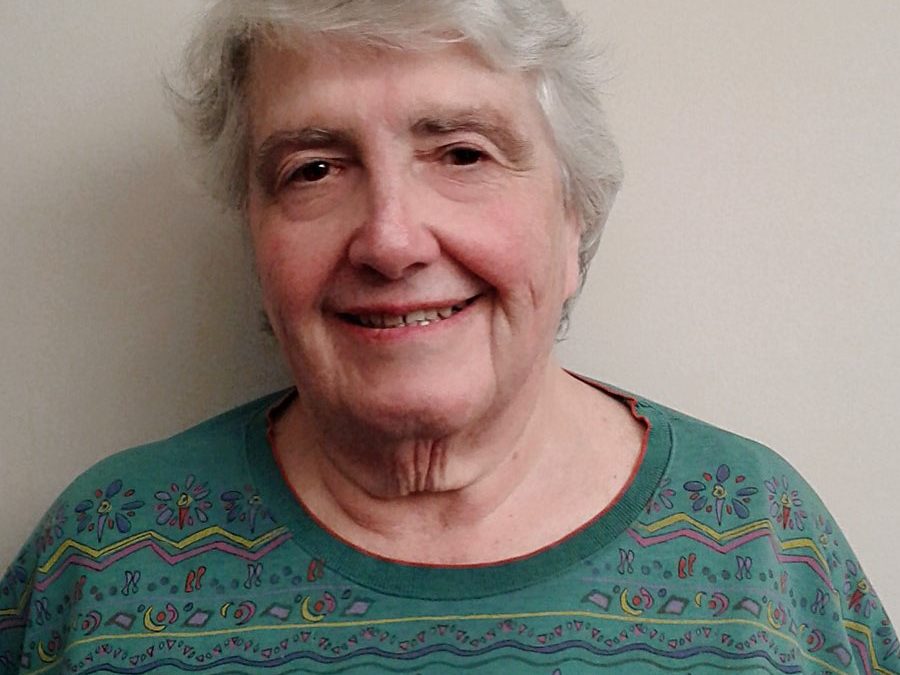 Diane Goldman, of Providence, died July 23, at age 74, after living a life filled with family, music, travel and volunteering – both within the Jewish community and the greater Providence area.

Diane always, always gave of herself – no matter the situation, no matter the need – recalls Susie Adler, JCS’ JERI coordinator. “She would give you the shirt off her back; she was such a giving person,” says Adler, who came to know Diane well when they said Kaddish for their respective beloved family members. “She knew when you needed something and she was right there when you needed it.”

Diane, who had worked as a visiting hospice nurse, volunteered with JCS’ Partners in Care. Partners in Care, an AmeriCorps program, matches trained volunteers with families caring for their terminally ill family members to provide respite care.  Her volunteer work here (first at Jewish Family Services and, more recently, at JCS) began in 2017, recalls Jessica Murphy, program coordinator for Partners in Care. Volunteering 40 or more hours each month, Diane built “an incredible friendship with two seniors, while providing respite care for their families,” says Murphy. “The most recent conversation we had, while chatting with her about all her involvements, I reminded her to remember to save some time for herself. I will never forget her big genuine smile when she reassured me how much she loved the time she spent volunteering and doing things to help others.”

Shortly before her death, Diane used her hospice nursing skills at Angel Wings, a bereavement camp in Assonet, MA for children and teens. Diane was a regular attendee at minyan and Shabbat service, says Temple Emanu-El Senior Rabbi Emeritus Wayne Franklin. Early in his tenure at the Conservative synagogue in Providence, she had volunteered to lead the junior congregation Shabbat services, despite her scant Jewish education. “She thought it was important for kids to have a service, and she learned as much as she could,” he says. “She was very excited to make that happen. I remember fondly that early contribution of hers.”

Like Adler, Rabbi Franklin appreciated Diane’s sense of compassion and quiet concern for others. Not only did she cheerfully insist on driving someone home from the Emanu-El gala for Rabbi Franklin’s retirement who lived 30 minutes away, she also welcomed into her own home an Emanu-El congregant who needed a place to stay. “She was a very loving person, with a quiet and gentle kindness,” says Rabbi Franklin. “She was a mensch.” Upon his retirement, he received an expressive, touching note from Diane about the times that Rabbi Franklin had interacted with her and her family members. Of that thoughtful note, Rabbi Franklin says, “My wife, Anne told me ‘it was a keeper.’”

Adler will most miss Diane’s smile. “She had the most contagious smile; when she smiled at you, there was nothing else to do but smile back.”

Diane’s volunteer application reflects her commitment and compassion.  In her application, she wrote, “I’ve continued to help people because of the spiritual belief that a good part of the reason we are on this earth is for people to be there for each other. As a volunteer, I’m another witness to a person’s story.”

“Diane was intelligent, loving, sympathetic and so much more. I am so thankful to have known her and her story and the impact she has left on others,” says Murphy. “It brings me so much peace knowing she is reunited with her husband Claude whom she dearly loved and missed greatly.”